Starting cannabis and hemp related businesses from business plans to financing and marketing, HerbCEO has you covered.

Hemp-derived CBD, better known simply as CBD or THC-free cannabidiol, is becoming an increasingly more popular industry to be a part of. Make sure not to confuse hemp-derived CBD with marijuana-derived CBD, which is illegal in many countries because it contains the psychoactive compound THC. We will be focusing on selling hemp-derived CBD online as […]

So, they’ve finally legalized recreational cannabis in your city and you’re thinking to yourself “hey, I know this industry, I LIKE this industry, so I might as well WORK in this industry!” Congratulations, that is the first and most important step, because as they say, “do what you love and you will work another day […]

Launched on March 27, 2019, Houseplant is a Canadian recreational cannabis company founded by movie celebrities Seth Rogen and Evan Goldberg in collaboration with the global hemp and cannabis company, Canopy Growth. The company was founded after 5 years of intensive research, planning, and commitment to the cause of educating consumers about weed and making […]

In case you aren’t on Instagram and are thus living in the stone ages, actor Seth Rogan (known for playing stoner-friendly roles in many of his movies) and director/screenwriter and producer Evan Goldberg have teamed up to launch their own Canadian cannabis brand. So what you may say, cannabis brands have been popping up like […]

The cannabis industry has been expanding steadily over the past few years, with Arcview Market Research and BDS Analytics predicting that the global spending in the field will triple itself from $9.5 billion in 2017 to a projected $32 billion in 2022. This global trend can also be seen influencing the United States with more […]

It’s a brave new world we live in as we head into 2019. There are nearly a dozen states, plus the District of Columbia, that have legalized cannabis for recreational purposes. Heck, even “Motor City” Michigan recently legalized the good herb! More states could join that list in the years to come. Also, a majority […]

As much as media outlets love to evangelize the booming legal cannabis industry the opacity with federal law has kept some of the biggest fish away from the action. We’re talking advertisers. While this is positive in that small companies are thriving in a very level-playing field, still relatively void of massive monopolies, it does […]

Cannabis has come a long way in recent decades. From an under-ground illicit substance found only on the streets to a respected medical and recreational commodity, the rapidly legalized world of medical and recreational cannabis use is spreading horizontally into other legacy industries. One such legacy industry currently taking full advantage of patchwork legalization laws […] 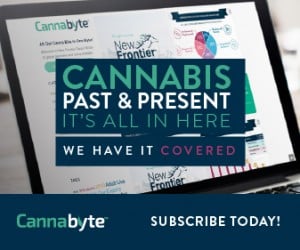 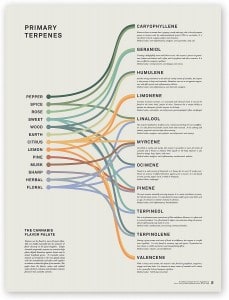