The tide has certainly changed regarding cannabis use in recent years. There’s endless scientific evidence that confirms marijuana offers a myriad of medicinal benefits; in fact, it’s considered a natural “cure-all” among naturopaths and those who want to break free from the pharmaceutical industry and the products they tout that offer little benefit at best, and at worst, that can cause serious adverse health effects.

Neurological and mental disorders (anxiety, depression, epilepsy, post-traumatic stress disorder, Parkinson’s disease, etc.), pain management (arthritis, fibromyalgia, chronic migraines, etc.), cancer-related symptoms (symptoms related to the disease itself, as well as the side effects of treatment); the health benefits that cannabis offers are undeniable. Those who don’t suffer from physical and/or mental health problems also benefit from weed use, as it is said to promote more spiritual connectedness, it enhances mood (in a good way), and it just makes people feel good.

Given the numerous scientifically-supported mental, physical, and emotional benefits that marijuana use provides, combined with legislation that has legalized cannabis use for medicinal and/or recreational use in the United States and around the globe, cannabis has become one of the fastest growing industries; particularly in the US. Due to the massive industry growth, the marijuana industry is embracing one of the most popular expansion engines for businesses in America – franchising.

With the use of cannabis legal to some extent in 36 of the 50 American states, and several other states stringing considering legalizing the use of the plant, if you’re an entrepreneur, you might be thinking about jumping in on the pot boom and starting your own cannabis selling operation. Investing in the numerous franchise opportunities can be a shortcut to opening a weed business.

While it’s true that pot franchising is taking the US industry by storm, and that it can certainly prove to be an easier way to break into the market, franchising in any industry – including weed – requires a specific type of mindset, and comes with challenges. With that said, if you’re considering starting your own pot-based business, doing your due diligence by conducting extensive research and considering the pros and cons is an absolute must.

Is a cannabis franchise right for you? Consider the following information when you’re conducting your investigation to determine if it’s an opportunity that would be worth your while.

What is Franchising Anyway?

If you’re thinking about buying a cannabis franchise, it goes without saying that you need to understand about this business opportunity.

In other words, a franchise is a joint venture between the franchisor and the franchisee. It’s beneficial for the original business owner, as it allows them to increase their market share or reach for a low price, and it’s beneficial for entrepreneurs, as it’s an easy way to start a business, as they are granted access to the brand name, products, services, and other proprietary information of an established, well-known company.

According to statista.com, there were 773,603 franchise establishments in the United States in 2019. Examples of some of the most common franchises include McDonald’s, Burger King, Ace Hardware Corporation, Chick-fil-A, SERVPRO home services, Marriott International, Dunkin’, RE/MAX real estate, and Interim HealthCare.

This same business model is now being transposed within the cannabis industry. For example, in Oregon today 1 in 5 dispensaries are part of some chain network. This pace of chain growth over independent dispensaries has accelerated by as much as 62% annually, with no real end in sight as cash continues to flow.

“Sweet, how do I get in on that” you may be asking yourself. In order to start a franchise business, usually the franchisee – the entrepreneur who wants to open a business – pays an initial start-up fee to the franchisor. Other fees that the franchisee usually has to pay the franchisor include a percentage of their annual sales, or royalties.

So while franchises are often cheaper and carry less risk than starting your own business from scratch, they still require a solid up front investment, which could range between $50,000 and $150,000 depending on the type of franchise.

How is a Cannabis Franchise Different from Other Franchised Industries

Franchising has proven to be a very popular and highly effective business model, particularly in the United States. Given the soaring popularity of legal marijuana use, cannabis is one of the latest industries to join the franchising business model.

Starting up a franchised cannabis franchise is very similar to starting a franchise in any other industry, such as a restaurant or a retail establishment; however, there are some notable differences, which are primarily rooted in compliance.

In the US, cannabis is still considered federally illegal, which means that it is illegal to ship cannabis products across state lines. As such, all products that a marijuana dispensary sells must be grown within the state that the dispensary is located in. Indeed, this is a key difference from other franchised industries, such as McDonald’s, where shipping products along state lines is legal and all locations across the country sell the same products.

For cannabis franchises, they must either supply their franchisees with products that are grown in-state, or they franchisor must allow each of the franchisees the flexibility to locally grow or source the supplies they sell. This state-by-state compartmentalization really hampers franchising’s greatest strength, which is leveraging a national network to lower local barriers of entry.

Profitability is another key difference. Due to 280E, a tax law that prevents marijuana companies from deducting their operational expenses that other franchised industries are permitted to deduct. As such, cannabis franchisees get fewer deductions, they pay more in taxes, and ultimately, they make less profit than franchises in other industries.

As with any other business venture in any industry, there are pros and cons associated with starting a cannabis franchise. In order to make sure you are making the best decision possible, before you decide to invest in a franchise, you really need to understand and weigh the pros and cons. So, what are the benefits and disadvantages associated with owning a cannabis franchise? Let’s explore.

Owning a franchise in any industry offers some notable benefits, including the cannabis industry. First and foremost, just like any other franchise, you’ll have the opportunity to capitalize on an established, well-known marijuana dispensary, including the name of the brand and the products and/or services they offer.

The cannabis market is growing at an exponential rates, particularly in states like Oregon, California, and Colorado, where medicinal and recreational cannabis use is legal, have experienced major growth and consolidation in recent years.

In states like Massachusetts, Michigan, and Oklahoma, which have recently seen new legislation that has legalized cannabis use, the market for marijuana business opportunities is also growing, as stores are opening at a rapid pace. In states where cannabis legalization is still being debated, hopeful marijuana entrepreneurs are eager for legislation to pass so that they, too, can take a slice of the pie.

Though cannabis business opportunities are certainly growing in many states across the US, not all would-be business owner are able to jump into the market. Securing a storefront, licensing, and insurance, sourcing and stocking up on inventory, hiring a trustworthy staff, and marketing (just to name a few of the things that go into starting a weed dispensary) can cost a pretty penny.

For many individuals, coming up with the capital that’s needed can be extremely difficult if not completely impossible, and therefore, hopeful entrepreneurs who want to jump into the weed industry often end up having to put their dreams and goals on the backburner.

Franchising, however, offers entrepreneurs the opportunity to jump-into the cannabis market without having to deal with the challenges that are associated with establishing an independent dispensary.

With all of that said, some of the most notable benefits that are associated with investing in a cannabis dispensary franchise include:

While there are undeniable advantages associated with investing in a cannabis franchise, there are some downsides, too. You really need to understand these cons and compare them to the pros so that you can determine whether or not the benefits outweigh the risks and if starting a weed dispensary franchise really is the right option for you.

So, what are the cons that are associated with a cannabis franchise? Some of the key disadvantages include:

Once you’ve sat down and considered the pros and cons that are associated with a cannabis dispensary franchise, if you’ve decided that you do want to proceed and invest in opening one for yourself, here’s a look at some of the most popular weed dispensary franchise opportunities that you might want to consider. 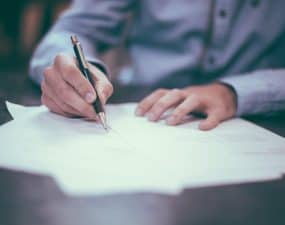 Women have become a driving force for the growing cannabis industry. According to the survey conducted by Marijuana Business Daily, … 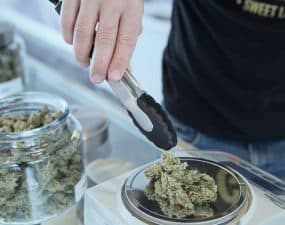 Good Questions For Budtenders & Why You Should Ask Them

If you’ve ever visited a dispensary, then it’s very likely you’ve interacted with a budtender; however, many individuals do not …