According to recent polling, nine out of 10 Americans think that cannabis use among adults should be legalized on the federal level. These numbers, combined with the fact that many states across the country have passed legislation that permits adult weed use for medicinal and/or recreational reasons, proponents of weed can’t help but ask the eternal question “Why hasn’t the federal government legalized marijuana, and will they ever?”

Considering the fact that Kamala Harris pledged that decriminalizing weed could be a priority if she and Joe Biden were elected into the White House (which, whether rightly or fraudulently, has come to be), and that Senator Cory Booker, a democrat from New Jersey, indicated that Biden could legalize marijuana on the federal level, and even went to far as to as that Biden isn’t opposed to legalization, those who are eager for and support federal legalization would hope so, and in fact, would think so.

However, the acting president doesn’t quite share the same stance as his VP or Senator Booker. In July, 2021, Jen Psaki, the White House press secretary, told reporters that Biden continues to oppose the legalization of marijuana.

Due to the statement made by Psaki regarding Biden’s stance on the federal legalization of weed, it would appear that Kamala Harris and Cory Booker, to be blunt, lied. If you’ve followed politics for any sort of time without becoming a card carrying party cult member this should come as no surprise to you.

For the rest of you, you must be asking yourself, was Harris’ so-called pledge nothing more than an act to garner more votes? Why would Booker spread disinformation?

One can certainly speculate about the answers to these questions, but at the time of writing, it sure seems like the Biden/Harris administration won’t be legalizing the sale and use of marijuana on the federal level any time soon, which would be in line with Democratic priorities stemming back to the Obama presidency, the last time people jailed (disproportionately black) for cannabis offenses got their hopes up that the federal government would take popular action.

We are sorry to burst your bubble, especially if you’re a proponent of marijuana legalization on the federal level, but you should not be holding your breath. To understand the bleak prospects you need to understand the political history, where we are today, and potential next steps. Let’s take a look at the current status of federal legalization of cannabis use and sale nationally.

December, 2020 was the closest brush the United States had with national marijuana reform. It was then that a legalization bill was approved by the House of Representatives with a floor vote.

This was, of course, emblematic, which was expected, as The Marijuana Opportunity, Reinvestment, and Expungement Act (the MORE Act), which would remove weed from the federal Controlled Substance Act and strike certain types of cannabis-related offenses from criminal records and direct money to communities and people that have been negatively impacted by the War on Drugs, was not granted a hearing in the Senate, which was then lead Senate Majority Leader Mitch McConnell.

Of course, the fact that the MORE Act was sponsored by Kamala Harris, who was, at the time, a Senator representing the state of California and vice-president elect, and this fact likely played a part in McConnell’s refusal to hear it.

Fast forward and there has been a big shift in US representation. Now, with the Democrats are in charge of both Congress and the White House, and Majority Leader Chuck Schumer has declared that he fully supports federal legalization on numerous occasions, it would seem that there would finally be a change.

House Democrats recently reintroduced the MORE Act to the Democrat-controlled federal government. However, this go-round, there are varying visions regarding the manner in which cannabis should be legalized on Capitol Hill; for instance, a cannabis legalization bill that was sponsored by House Republicans and was business-friendly.

Should a divided Senate recoil at progressive cannabis legalization, and if Biden continues to have the same anti-legalization stance, a more conservative version of feral cannabis legalization could be introduced by Republicans, which could gain the support of the cannabis industry. If that were to be the case, would weed enthusiasts and advocates for legalization think that this would be an acceptable compromise?

Herb CEO is of the opinion that regardless of which “party” initiates legalization proceedings, the resulting landscape will be crafted in a way that benefits large corporations anyways, as both sides of the isle seem to claim populist representation but every single time end up siding with special interests and corporate lobbyists.

So, regardless of whether Democrats or Republicans introduce the a legalization bill expect it to be very pro-corporate, light on expungement, and with some level of state-level control. Essentially, don’t get your hopes up, true recreational legalization is almost certainly not to occur in one bill and instead be a drawn out multi-decade process because hey, that’s how the U.S government works (or doesn’t work depending on your perspective).

Competitors of the MORE Act have been introduced. Once such competitor is titled the “Common Sense Cannabis Reform for Veterans, Small Businesses, and Medical Professionals Act”, which has been sponsored by Republican representatives Dave Joyce from Ohio and Don Young from Alaska. This bill does propose to do a portion of what the MORE Act proposes, with one notable difference: it excludes the reinvestment and opportunity components.

Rather, newly proposed bill would legalize cannabis commerce between states, promote cannabis research for medicinal purposes, and provide access to weed use for military veterans. The Food and Drug Administration (FDA), as well as the Treasury Department, would regulate the cannabis industry on a national level. It is due to these reasons that lobbies that are proponents of cannabis businesses, were warmly received by the federal legalization effort that is supported by the Republicans.

>Read more about some small steps taken to free up financing options for hemp production.

It is for all of the above-mentioned reasons that pro-weed business lobbies in Washington welcomed the federal legalization effort that is led by the Republicans. It should be pointed out, however, that there are additional differences between the MORE Act and the bill that has been proposed by the Republicans, such as taxation, research, and reform regarding social justice. But why does it matter what’s in the bill if it’s never passed and never becomes a law?

If the Democrats who support the MORE Act, including Vice President Harris (at least she said she did) are going to affect real change, they’re going to have to work with the Republicans, and that’s just something that doesn’t seem likely to happen, given how divisive politics has gotten.

For example, the passage of the MORE Act in the Senate, where obscure rules require a minimum of 60 votes in order to achieve passage in most substantive legislation, would necessitate the support of all Senate Democrats, as well as at least 10 Senate Republicans. However, unless there are some substantial shifts on Capitol Hill, that doesn’t seem likely, as numerous Senate Democrats have expressed opposition to the legalization of cannabis at a federal level.

The Future of Federal Cannabis Legalization

To summarize, if you’re hoping to see any positive changes regarding the cannabis legalization on the federal level under the Bidden/Harris administration, don’t hold your breath. After all, Biden has never advocated for legalization, and despite what she said on the campaign trail, it doesn’t seem like Harris does, either – nor does it seem like Senate Democrats do, either.

The tragedy is within the exact same country some people are becoming overnight millionaires from selling cannabis legally, while other, much poorer, usually people of color, are doing hard time for selling much smaller quantities of the exact same thing that is celebrated as a regulated capitalist miracle industry. The hypocrisy is off the charts here.

Furthermore, if you already live in a legal state, which they are rapidly growing because well, that sweet sweet tax revenue is tasty for politicians, then you may be happy that cannabis is only legal at the state level because you only have one greedy tax man to pay.

Once, if it does happen, which, given sentiment among younger voters, makes it seem like it is inevitable (even if it will take much longer than it really should) that cannabis is legalized federally. This will come with even more regulations and even more taxes on this lovely little plant, which will further increase prices, which as they stand, ain’t exactly cheap.

It will then probably take another 50 years of corporate lobbying from giant conglomerate cannabusinesses to reduce tax rates, bribing some Republican president to slash their tax rates, which they’ll do because they’re corporations, but by that time all the little craft grower will probably all have been either A) acquired or B) squeezed out.

So, long story short, if you’re in a legal state, embrace the moment, things are likely to not get any better any time soon. If you are in an illegal state, hound your representatives to no end. Either way, if your local street provider has good product, keep on supporting small businesses! 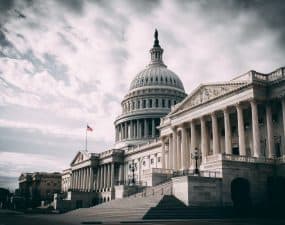 With an ever-expanding body of research that confirms the vast benefits of marijuana use, it’s no wonder why support for … 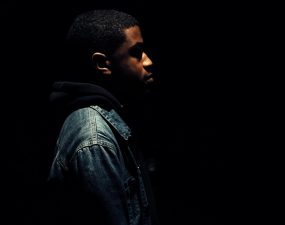 As legal cannabis takes shape across the United States we are seeing positive outcomes in legal states. The cannabis industry …