Thanks to recent changes in legislation, marijuana use, once viewed as taboo among the masses, has become increasingly popular. Woohoo, the people won! Right?

Legalization is largely due to politicians finally started listening to advocates of cannabis use, and started paying attention to and admitting that cannabis offers a wealth of health benefits; though of course, legalizing the use of cannabis also presents a significant potential for monetary gain and has likely contributed to the attention it has gained and point-of-view changes among government officials.

Money rules everything around us, and that means many hands will be trying to get their cut of legal herb industry growth.

Regardless of the reasons behind it, the legalization of marijuana use – whether medicinally, recreationally, or both – has certainly been a boon for cannabis advocates. Legalization has also opened up a huge market for the legal sale of weed via dispensaries. 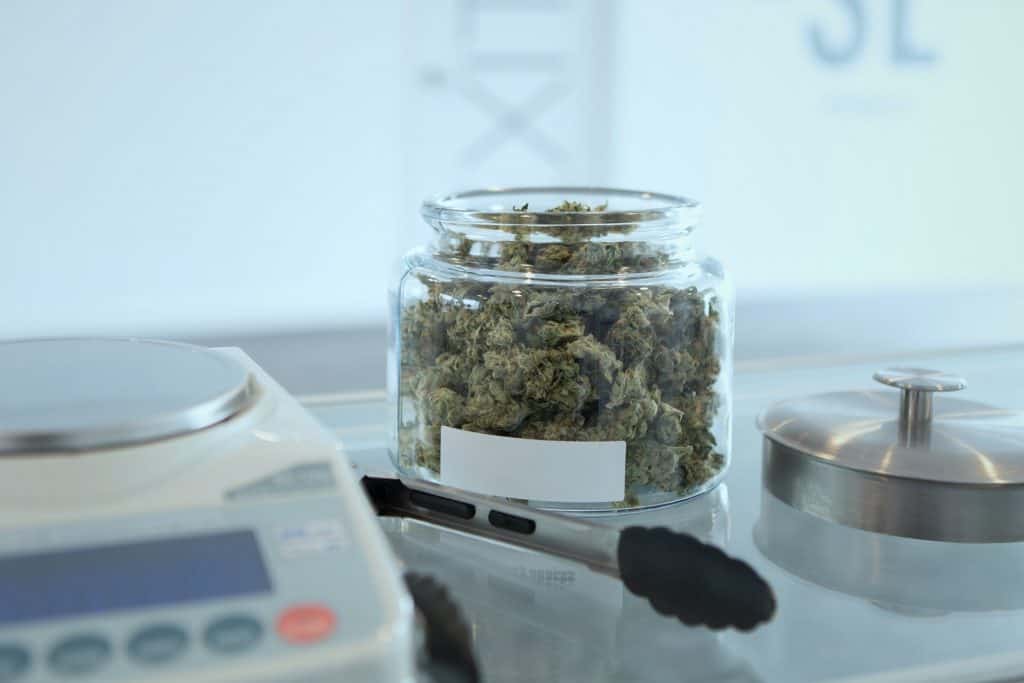 At the time of writing, there were between 5,000 and 7,000 dispensaries in the United States, and all are operated legally under the respective laws of the states they are located in. Despite changes in laws and legal sale of weed products in many states across the country, marijuana is still sold on the black market; not only in states where the use and sale is yet to be legalized, but also in states where it has been.

Whether you use cannabis medicinally or recreationally, if you reside in a location where weed can be legally used and sold, you’ve probably stopped into a dispensary.

If so, there’s no doubt that you have noticed some pretty significant difference between purchasing marijuana at a dispensary and buying it on the street, and for sure, one of the most notable differences is the price; namely, that dispensary cannabis is markedly more expensive than black market weed, which begs the question: Why is there such a stark contrast between the prices dispensaries charge and the rates that your local dealer charge?

So, what gives? Why is weed sold at dispensaries so much more expensive than black market weed? Let’s dive in and take a look at some of the reasons behind the cost disparities.

In order to understand why dispensary prices are higher than street prices, it’s first important to understand the economics of selling marijuana legally.

Additionally, these rates vary from state to state, because the medicinal and recreational use and sale of marijuana is still illegal at the federal level (which is totally insane). Plus, in order to calculate and determine all of these rates, dispensary owners and operators need to seek the counsel of a licensed accountant, which can be quite pricy on its own.

Another part of the tax equation, however, also has to do with the cost that is associated with the development of a completely new and legitimate business class. With these factors in mind, weed cultivators are hit with high taxes, as are dispensaries, and any other entity or individual that is involved with the process.

Another element that causes such high tax rates is the fact that a significant portion of the money that is made off the legal sale of marijuana products are used for social programs; programs that educate about drug abuse and misuse, healthcare for low-income individuals and families, and even for public schools.

Sadly, such high tax rates have a direct impact on the amount of revenue that dispensaries can make from the legal sale of cannabis. While the legalization of weed can bring in a heap of tax money, in order to make money for themselves, dispensary owners and operators have to jack up the prices of their products (which isn’t greedy, as every business owner needs to make money to cover the cost of overhead, and of course, to turn a profit).

In short, the high rate of taxes are what drives up the amount that dispensaries charge, and hence, that’s the reason why you’ll find that their prices tend to be so much higher than the prices that street dealers charge.

Outside of the big kahuna of taxes there are a few other reasons why dispensary flower may be considerably more than your neighborhood weed man’s dope. These factors are more “contributing” than “driving” like taxes in our opinion since taxes are chosen by corrupt lawmakers

Weed isn’t just weed anymore. It’s not a dime bags a dime bag anymore pops. The people growing and breeding strains have had decades of experimentation under their belts. That, combined with ever growingly advanced nutrient mixes, delivery systems and lighting setups means that today there are definitely buds that deserve their $18/g price tags.

Berner has been on fire at the time of writing with his Cookies and Lemonnade brands, with cheetah piss, and runtz commanding prices to match their star power. There are loud ass strains from breeders like Compound Genetics (hello Jet Fuel Gelato and The Menthol) and growers like The LOWD (good day to you too sir Platinum Garlic Cookies)

Now, that’s not to say that’s what we smoke on all day everyday nor is it to say exceptional quality can’t be had at lower prices, all it’s saying is there are rare “exotic” strains out there that are new, rare, and powerful strains out there.

As we’ve seen with used car prices and home prices following the COVID pandemic, lack of supply and increased demand, particularly in a short span of time, often driven by some large, macro-economic event, can create insane disparity in pricing of products and goods pre/post disruption of supply.

Sometimes there is too much supply, either on the legal regulated side (like when Oregon gave out too many grow licenses in 2018-2019 which resulted in the production surplus of literally twice as much cannabis as people are using it) or on the illegal/unregulated side (when a big bust happens smaller communities a shortage can drive prices up).

Unavoidable disruption to supply and/or freakily fast increase in demand can both impact cannabis prices drastically, but they are usually temporary and can work themselves out rather quickly as things normalize.

Now this could go both ways. If dispensary weed is double what you pay from your regular dealer then one of two things is happening, or perhaps a combination of A) the dispensary may be ripping you off and/or B) your dealer is ripping you off either in terms of price or quality.

With the growing societal acceptance of legal cannabis and all the money that is being generated by the industry it is sure to attract less scrupulous businessmen and women who open up dispensaries not out of a passion for the plant but instead to grift consumers as much as possible.

If you’re uncertain of the quality-for-value of the bud in a dispensary, check out our guide on how to judge cannabis flower quality. Generally, if you know what good weed looks like it’s very easy to evaluate whether a dispensary is peddling true dank top shelf chronic at $18/g or if it’s basement bunk with a massive markup.

Other Factors That Impact Price

In addition to the above-mentioned factors that impact the high cost of cannabis sold at dispensaries around the US, there are other factors that come into play, too. These include historical, social, and economic factors.

Weed has been sold on the black market for a long, long time. There are a lot of street sellers, and many of them are well-established, and have built a regular base of customers. There’s also the fact that a lot of people who use marijuana – whether medicinally, recreationally, or both – just don’t trust the government.

Who can blame them? After all, it’s because of the government that the sale and consumption of weed has been illegal for decades (and it’s still considered a Schedule 1 drug in some states and on the federal level, the same schedule as heroin, which is purely insane), and countless people have been incarcerated for years and even decades and have lost everything because of insane laws.

Since black market sellers don’t have to deal with all of the regulations and the high fees that are associated with them, they don’t have to drive up the prices of their products. In other words, street dealers can afford to sell their products at a lower cost than dispensaries, and can still turn a profit.