It’s intensified. Any little touch is more arousing. The body sensations, particularly on sexual organs— it’s more of an intense sensation. I’d say everything just feels more sensitive…it’s more intense.
Even just foreplay and touching and holding each other is more pleasurable.

Table of Contents hide
Is Cannabis an Aphrodisiac?
What Is Sex While Stoned Like?
Potential Challenges of Sex While High
Why You Should Get it on While You’re High
Common Questions Answered
Do you last longer when high?
Does weed make sex better?
-A High Sexer

This 27-year old Caucasian man isn’t bragging about his sexual exploits on 4Chan or Reddit as he describes what it feels like to have sex under the influence of marijuana. He’s one of the 24 participants in a study conducted by researchers from New York University and published in a serious peer-reviewed journal.

The research team wanted to know what it feels like to have sex while high — and specifically, how cannabis impacts people’s social inhibitions, connections with others, partner choice, sexual regrets, and physical sensations.

As marijuana is becoming both legal and socially acceptable in an increasing variety of places, the time in which we had to rely on tall tales to find out what sex on MJ is really like has been confined to the past. If you haven’t tried it, yet, here’s what you need to know to have the best possible experience. Courtesy of modern science.

Thank those geeks next time you enjoy some high sex yeah?

Is Cannabis an Aphrodisiac?

Does cannabis act as an aphrodisiac? Cannabis enthusiasts have been claiming that it does, definitely since before you were born (since some of these reports date back to ancient times). Until now, though, we haven’t had the benefit of the scientific method when evaluating these reports. Proof our our conception isn’t proof enough, sorry mom. That’s all changed in recent times.

A 2017 study published in the journal Current Sexual Health Reports shows that cannabis can indeed be an aphrodisiac. Smoking a little weed or nibbling on some low-dose edibles from time to time can, as the research team on this study concluded, “enhance sexual human sexual functioning”, including “sexual desire and enjoyment/satisfaction”.

The study we started off with, entitled A Qualitative Investigation Comparing Psychosocial and Physical Sexual Experiences Related to Alcohol and Marijuana Use among Adults, offers a closer look.

Marijuana can have an aphrodisiac effect, but unlike alcohol, enjoying some weed doesn’t lower your inhibitions. In short, that means that even if you’re single as hell, being high won’t make you want to get it on with just anyone. Compared to drinkers, cannabis enthusiasts are choosy about who they get intimate with, and remain in full control.

Cannabis does, on the other hand, intensify the physical sensations you experience during sex, while also making you more open to forming social connections you were already interested in. In other words, sex on weed can be great — but, as the study found, you’re more likely to want to stick around for a conversation after, too.

This tracks pretty well with what we feel about cannabis in general, in that it’s generally a mood/experience enhancer. If the food taste good not high it taste extra good high. If the music kicks sober then it kicks double hard while stoned. Only logical the same sensation enhancement applies to bumping uglies.

If you’ve ever watched an otherwise pretty boring movie while high and marveled at the plot and the setting, or found novel existential meaning and a bunch of laughs in that mediocre painting you once bought from an indie art fair, that’s pretty much also what it’s like to have sex while you’re stoned.

Sex while high can be:

Both men and women express an increased interest in cuddling and foreplay while they’re high, and they often say that they feel more connected with their partner as well as their own body.

Sex while stoned can offer a heightened connection, whether you’re hitting the sack with a new partner (in which case doing weed together can be a bonding experience, too), or being intimate with your husband or wife of 30 years.

In summary, basically — five out of five stars, we would recommend if you’re into cannabis and into sex you give mixing the two a shot.

As always, though, there are some things to keep in mind if you want your experience to be as ecstatic as some of the study participants described.

Potential Challenges of Sex While High

Alcohol is well-known to lead to trouble in the erection department. Research hasn’t found that to be the case for occasional weed users, but guys who have just enjoyed a relaxing Indica strain might have  some issues getting off the couch. Seriously, if you’re too lazy to get up to get your favorite food then you may also be too lazy to get up and get your second favorite food, whether that be pink tacos or hotdog sandwiches.

Also, according to first hand accounts, men who smoke a lot of weed or much on a lot of edibles can, on the other hand, find it hard to get hard, and they might also struggle with delayed ejaculation.

Women, meanwhile, report that they experience lower levels of vaginal lubrication while they are high. Dry mouth of the southern mouth you could say.

This challenge is easy enough to overcome with some water-based lube, or even better, cannabis infused lubricants! The couch lock women can experience after enjoying certain strains is harder to deal with, though. If you’re stoned enough, you just won’t want to get up. That, of course, imposes some limits.

If you were hoping for marijuana to do what alcohol does, by taking the edge off and making you more social, that probably won’t happen. Cannabis helps you achieve a cerebral and intense physical experience in the bedroom, but it won’t give you extra courage. On the plus side, it won’t make you do things you regret, either.

If you’re new to cannabis, then it might be best to ease into things, by which we mean first get familiar with what it’s like to be high before trying to share the experience with someone else in an intimate fashion.

Why You Should Get it on While You’re High

Sex while high is best if you and your partner choose the kind of fun and mind-expanding Sativa or hybrid that will get you both in the mood, without confining you to the couch. It’s best to aim for lower doses that make you feel truly alive.

If you’re struggling to even move your arms, never mind get things going in the below-the-belt department, you’ve probably overdone it. Go for a more moderate dose next time.

Whether you’re getting it on with someone new or doing it with your long-time partner, it’s always a good idea to discuss what you’re hoping to gain from the experience beforehand, so that everyone’s cool with it.

Live in the moment, and enjoy the experience!

We try our best to answer questions on everything we publish here at Herb CEO and have included our own experiences and research in the below answers. This is not intended to be medical advise and all medical related questions should be directed towards your personal primary care physician.

That said, we’re happy to share our experiences with cannabis so if you have any experiential related questions let us know in the comments below!

Do you last longer when high?

Cannabis effects everyone differently so there is no hard answer however many users do report being able to last longer while high due to a steadier calmer state of mind.

This will depend on the individual, with some people struggling with dry mouth and associated dryness while others report having the best sex of their lives. 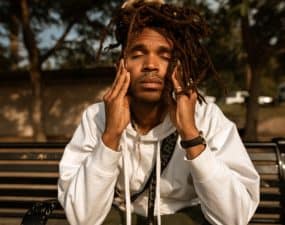 Best Way to Sober Up From Weed, Quickly

We have all experienced it, at some stage in our lives, where we have overindulged in the giggly twig and … 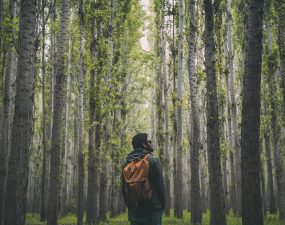 Fun Things to Do While High At Home & Outside

How do you like to enjoy your weed? Nope — we’re not asking if you prefer to smoke pot, munch …