The terms indica and Sativa are both widely used and hotly disputed. Sativa strains are widely believed to have more energetic, uplifting, and cerebral effects, whereas indica strains are generally thought to have more calming, full-body, and sedative effects.

Cannabis users (and many budtenders too unfortunately) have mixed up effects and plant type for decades now when the only people that should be concerned with Indica or Sativa classifications are botanists. Hybrid strains are thought to have a mix of indica and sativa effects and really are the dominant cannabis type today, with “pure” sativa/indica strains not existing widely on the consumer market.

Let’s look at where the terms “indica,” “sativa,” and “hybrid” actually come from in a historical sense, and how a cannabis strain’s chemical profile, regardless of strain category, interacts with your unique body to make you feel effects.

Table of Contents show
The Origins of Indica and Sativa Plant Families.
Cannabinoids, Terpenes, and the Endocannabinoid System.
The Entourage Effect
Why Does the Indica/Sativa Dichotomy Persist?
Herb CEO Summary

The Origins of Indica and Sativa Plant Families.

To understand the origins of the indica vs. Sativa debate, we need to take a quick look at botanical history. Indica and Sativa have been part of the cannabis vocabulary since the mid-1700s. In 1753, Swedish botanist Carl Linnaeus identified psychoactive cannabis plants like Cannabis sativa in his work Species Plantarum.

You might have heard of Jean Baptiste Lamarck. In the Lamarckian theory of evolution, changes in species occur not slowly over generational mutations, but within the lifetimes of individual animals. It is to him that we owe the idea that cannabis comes in two distinct species: Cannabis sativa and Cannabis indica.

Lamarck first described the second of these two strains in the late 1700s, noting that the latter was smaller, had a firm stem, and produced “a sort of drunkenness that makes one forget one’s sorrows, and produces a strong gaiety.”

Departing somewhat from Linnaeus and Lamarck, Anderson and Schultes characterized a distinction between plants based on their ratio of the cannabinoids THC and CBD. They observed a difference between cultivars high in THC with low CBD (C. Sativa), those with high THC and CBD (C. indica), and those with a high CBD to THC ratio (C. ruderalis).

Cannabinoids, Terpenes, and the Endocannabinoid System.

Cannabinoids are the main chemicals in cannabis that contain medicinal or psychoactive effects; THC, CBD, and many others all fall under this category, and are what we’re usually looking for when using cannabis for either recreational or medical purposes. Most strains of cannabis are categorized on their percentage amount of THC and CBD, and the ratio mixture of the two greatly alters the overall experience of the cannabis.

Terpenes are an organic compound produced by many plants, often giving them their unique scents and adding to their flavors; “Pinene” gives sharp scents to pine trees and rosemary, while “Limonene” gives that familiar scent of citrus to a lemon. On their own terpenes do not produce psychoactive effects, but their interplay with cannabinoids (often referred to as the “entourage effect”) seem to be important.

This is a relatively new theory that believes that the strain levels of a terpenoid called myrcene is more responsible for creating the differences in psychoactive differences between Indica and sativa than the percentages and concentrations of THC and CBD.

Terpenes are produced in the secretory cells of the plant and production is increased by exposure to light. Terpenes are also mostly found in high concentrations of unfertilized female cannabis plants as they are growing. They are found in many other plants – usually present to protect the plant from pests.

The term “entourage effect” was coined by Dr. Ethan Russo when he published a paper in the British Journal of Pharmacology describing the synergies of other compounds found in cannabis as well as the fact that they are typically not present in “CBD-only” products. Terpenes are present in both Indica and Sativa strains of cannabis.

That said, Indica strains tend to have a dominance of myrcene combined with other terpenoids called limonene or a-pinene. Sativa strains, in contrast, appear to have more complex terpene profiles.

Describing the desired effect, smell, or flavor of a strain will help your budtender pick out something that’s more likely to delight you versus just asking for the most sativa strain or most indica dominant strain they have.

Why Does the Indica/Sativa Dichotomy Persist?

With all we now know about the subtle and complex nature of the plant, it’s perplexing that “indica” and “sativa” are still in everyday use. Part of the reason lies in the fact that sophisticated lab testing for cannabis is new. In the millennia of human history with the plant, there were few rigorous and reliable ways to understand the clear differences between one variety and another — so classifying plants as indica and sativa was as good as we had at the time.

In response, some new cannabis companies have begun to name their flower and other products after the supposed effect, rather than rely on what would be esoteric names for novice consumers like “OG Kush” or “Sour Diesel.” But even so, the extent to which a strain called “calm” makes you feel that way is still subjectively dependent on a person’s unique endocannabinoid system and other factors.

Though understanding the differences between species of marijuana may not be very clear cut the takeaway from this article thankfully is: Trying to describe the effects of a cannabis strain by calling it an indica or sativa is an outdated concept and often flat-out false. Even trying to define a specific strain’s effects has its issues, as different people will experience changes to their endocannabinoid system differently, indica and sativa alike.

It’s an easy topic to get lost on, and there’s a lot of conflicting information out there without much in the way of solid scientific evidence backing it up. Just know that when it comes to picking your favorite strain, the question of indica vs. sativa isn’t as important as the question of how it makes you feel. 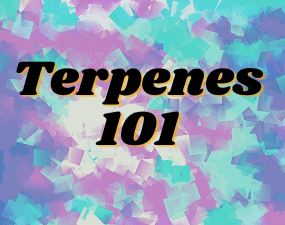 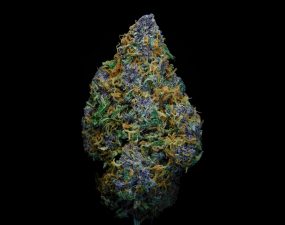