This is the question that everyone who loves Mary Jane ends up asking themselves at some point, more often during the beginning of the weed love affair vs the end.

But, similar to “how long do hotdogs stay good”, most of us haven’t bothered to actually get to the truth of the matter, preferring just to “risk it” and see what happens.

What Happens If You Smoke Expired Weed?

Expired weed is just weed that’s been improperly stored or exposed to too much sun and/or oxygen. Expired buds usually lose their vibrant green/orange/purple colors and become browner as they age and degrade.

Terpenes escape via oxygenation and UV rays from sunlight or big florescent lights can break down the complex cannabinoids in the terpene structures.

As the flower ages it becomes more brittle and much of the THC-containing trichomes rub off/fall off from friction.

The result of all of this? You’ll probably still get high but you won’t be as high as you could if it were not damaged. The “entourage effect” will also likely be stunted in comparison to intact trichomes and preserved terpene profiles.

It is this “entourage effect” that is a concert of cannabinoids working together to create strain-specific effects. Thus, if these compounds deteriorate then so will the effect, meaning that new strain you bought for focusing will become less focus-ing as it expires.

So if you find an old brown nug in your couch cushion yes, you can smoke it (make sure it is indeed weed first) and you’ll be fine but it won’t be an optimal experience.

Like stale bread, it’s best to just store it properly in the first place out of light and moisture and consume it within a week or two of purchasing for maximum flavor.

How Long Does Weed Stay Fresh For?

Fresh is a tough term because fresh to a terpene connoisseur is going to be like, straight out of the curing room or curing jars at the farm vs “fresh” to a college bro on a budget.

But generally speaking, we can define fresh cannabis as:

Stored properly in a container that blocks outside light and also creates an airtight seal, properly cured cannabis flower can stay fresh for up to 6 months and will still be smokable and maintain most of it’s strain-specific characteristics up to a year later.

After a year THC will begin to degrade. Also over time CBN levels will rise as the plant continues to age.

While CBN is overly stereotyped as a negative, it can help contribute to sleepiness/function as a sleep aid, which means there are potential pros to higher CBN content.

But, with all living organic material that is consumed, it’s best to consume it as soon as you can to maximize it’s biological impact.

Each year after the first year well-cured cannabis will degrade in double digit percentages, so best to never get to that point.

How To Properly Store Weed For Freshness

The key to not wasting money and having impressive sessions reliably week after week year after year is to A) find a dispensary that stores their flower correctly and has enough turnover to keep inventory circulating and fresh and B) invest in a proper home storage receptacle.

We’ve reviewed some of the coolest and most effective stash jars currently available in dispensaries across the country.

In addition to ounce-sized stash jars, there are companies out there taking temperature and humidity control to the next level like Cannaseur, who make full blown cigar-like wood humidors to keep larger quantities of flower fresher for longer.

The cheap single-use plastic containers at dispensaries do a good job of keeping out light but they aren’t usually air-tight and are frequently exposed to oxygen as they are opened as well.

Investing in light-blocking air-tight containers is a must-have for the serious stoner, particularly if you like to smoke (often expensive) top shelf strains.

Weed isn’t complicated, at least in it’s whole flower form. You can think about it the same way you do for other common produce.

Buy local whenever possible, support the small guys, ask the farmer for recommendations, try to use sustainable containers (avoid plastic) when possible, store it correctly and enjoy it as soon as you can.

Old weed just isn’t as good and life is short, so the more you pamper your buds the better your life will be.

Below are some of the most frequent questions we get asked about how long cannabis lasts and after consulting with our local budtenders, we’ve got some expert answers!

How long does weed last in a pill bottle?

Since it isn’t airtight and lets light through you’re best off consuming pill bottle weed within a week or so before it gets too dry.

How long does weed last in the dispensary bottle?

Since they are not airtight dispensary bottles aren’t good for long-term storage. Bud can begin getting overly dry after a week so best to transfer flower out of single-use plastics into air-tight containers.

How long can you store marijuana?

Technically forever, but in terms of tasting good and imparting a solid high, you’ll want to consume within 6 months of curing.

How to store weed without smell?

In a non-porous air-tight container. This can be plastic, metal, and/or glass. The most important part is the material creates a barrier between air and light and the flower as those are the two greatest risks for degradation.

Yes, double digits each year until the organic material is effectively inert. This means every year after the first year there will be noticeable drops in quality.

How to avoid buying bad weed?

First shop at reputable local dispensaries and you should be fine. You can always ask the budtender when the flower was harvested as that is standard product information they all get from growers.

How long can weed last in a Ziploc?

Ziploc bags may keep “most” air out but they offer noting in the form of light blocking, which means they are not good storage containers for preserving buds. Even so, a air-tight bag should help maintain moisture levels for a couple weeks.

Yes, because they were designed for canning produce and if they weren’t airtight they wouldn’t be viable for canning. Re:Stash makes a great Ball-based glass storage jar. 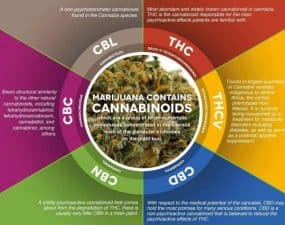 Cannabinoids 101: Understanding Popular Cannabis Compounds That Give It Unique Properties 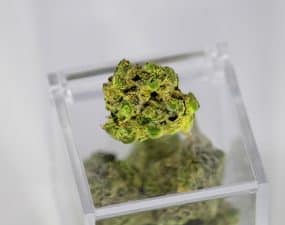 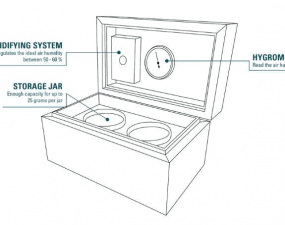 The world of legal cannabis is a stark departure from the previous illicit one. Gone are the days when marijuana …