Ever since it was first stumbled upon on the Himalayan foothills centuries ago, people have been exploring different was to consume the miraculous herb. Some tokers enjoy packing it into a bong, others like to light up a bowl, and many enjoy prefer modern-day methods, such as vaporization or dabs. Despite all of the different techniques, however, there’s one tried-and-true method that’s still just as popular today as it has been for millennia: rolling bud up into a leaf or a piece of 100% organic hemp rolling paper.

Table of Contents hide
Joints, Blunts, and Spliffs Defined
What’s a joint?
What’s a spliff?
Summing It Up
What is a blunt?
A Time & A Place for Everything
How to Roll a Joint
How to Pack a Cone
How to Make a Spliff
How to Roll a Blunt
Herb CEO Summary

Whether you use it recreationally or medicinally, if you consider yourself a traditionalist or you just want to use a basic approach, the latter method of smoking weed described above (rolling) might be your preferred choice. There are three main ways to roll marijuana: joints, blunts, and spliffs.

Each method is an art form (it’s true, rolling really is an art), and due to the distinct features of each method, cannabis smokers can customize their high and enjoy a one-of-a-kind experience that you just can’t get from a pipe, a bong, or a vaporizer like PAX. 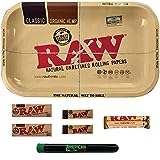 As mentioned, joints, blunts, and spliffs are the three broad categories of rolls. Each one can be defined by the rolling material that is used, as well as the content that’s rolled into the material (straight marijuana or a cannabis/tobacco mixture). Let’s take at the difference between each one.

Of the three different types of rolls, it can be argued that joints are the most iconic. They’re compact, easy to pack away and transport, and they look very similar to a cigarette, so they can kind of be concealed.

Joints are a comprised of crushed-up cannabis that is rolled into a thin piece of rolling paper. The papers range in size from small to extra-large, and they can be made of a variety of materials, such as hemp, paper, or rice. They’re traditionally white, but there are novelty papers, too, that are available in an assortment of colors and flavors, which some say enhance the smoking experience.

Joints can also be fitted with a filter (also referred to as a “crutch” or a “tip”), which can be made of glass, plastic-like hemp, or you can even make one yourself out of a piece of cardstock or an index card). A filters stabilizes the roll, prevents pieces of cannabis and ash from traveling into your mouth, increases air flow, and lets you smoke it to the end without having to worry about singeing your fingers or your lips. You can purchase pre-rolled joints, but traditionalists like to roll their own.

Cones fall into the joint family, they are just uh, cone shaped vs the traditional straight shaped joint. The benefits of cones are you can fit more material in them (more volume) and also they can be top-filled, so they’re popular with cannabis producers who can use bulk-cone filling machines to mass produce.

Non-cone joints are usually rolled up from the side, either by hand or with a simple hand-operated rolling machine like the one from Raw that is a continual classic.

Spliffs are very similar to joints, with one key difference: they cannabis is mixed with tobacco. Like a joint, a spilff is rolled in a rolling paper, which can be made of a variety of materials, such as rice, hemp, or paper. Due to the mixture of tobacco, spliffs tend to create more of an energetic buzz. While they don’t have to, spliffs are often fitted with filters.

Spliffs can be purchased pre-rolled or you can take the DIY approach and roll them yourself. The high and the flavor can be customized by altering the ratio of weed to tobacco. Like joints, spilffs resemble cigarettes, so they’re easy to transport and are easy to conceal.

So, which is right for you? To find out, give each one a try! You might just find that you like one more than the others, or that you like all three!

What is a blunt?

Blunts are commonly associated with the rap or hip-hop music culture; if you’ve ever watched a video of this genre of music, there’s no doubt you’ve seen one. That’s because they were first popularized by New York City and Los Angeles rap artist; however, it’s theorized that they originated in the Caribbean, as it was easier to access cigars in this region than it was to access rolling papers.

Unlike joints and spliffs, which are rolled in paper, blunts are rolled in hollowed-out cigar tubes. The cigar tube is either filled with straight cannabis, or a mixture of tobacco and weed; if mixed with weed, a blunt usually uses less cannabis than a spliff. The tobacco-laced wraps enhance the buzz smokers get from their high. Additionally, since they’re wrapped in cigar tubes, blunts are bigger than joints.

You can either roll your own blunts or you can purchase them pre-rolled. The flavor can be customized and depends on the type of cigar wrap that is used, and whether or not tobacco is mixed in. While any type of cigar can be used, most people use less expensive varieties, like White Owls, Swisher Sweets, and Backwood.

A Time & A Place for Everything

Now which is the best method of smoking? Well that depends on a few things. First, it depends on how many people are smoking. If you are in a group, then blunts reign supreme because of their sheer volume which makes them the most shareable method.

You can definitely share joints and spliffs but you’ve usually got less volume of actual herb in there so they’ll go faster.

If you’re flying solo, then personally we’re big fans of joints. Super simple, the papers come in all sizes from “let’s hit this quick before…” size which is hella convenient for pre-gaming events or a pre-dinner toke. They also come in king sizes for rolling Bigfoot sized joints which can be shared, or consumed solo for a nice clean super high time.

Spliffs in our opinion are best for a night out or if you are just on a tight budget or if you just really like tobacco. We’re not cigarette fans but we have to admit there is a beautiful harmony between tobacco and cannabis and spliffs are that wedding.

Blunts? Well, they can be a big hitting value option, because if you aren’t buying top shelf potent bud and are buying lower quality mids or shake then you’ll need to smoke more to get the same high as top grade chronic. This is where blunts excel.

The college go-to for a fun Friday evening was a blunt and two 40oz malt liquors with the homie. Cheap, effective, synergistic, it was a blast.

Just know that where joints and spliffs are shorter time commitments, blunts are a bit of a “not going anywhere anytime soon” investment where you should be prepared to be posted up for a while.

In all, the form factor of your bud is more a result of your intended use and the environment you’ll be in. Each has it’s benefits and its drawbacks so that’s why it’s good to be proficient at each.

How to Roll a Joint

Start here. Joints are the foot soldiers taking you to the land of high and are one of the most common methods of blazing so think of this as your foundational learning.

How to Pack a Cone

Cones are classy, and they hit big up front, both desirable qualities in a herbal session. Cones can be a bit messier since they’re usually pre-rolled and you just fill them but there are fewer smoking forms as beautiful as a tightly packed cone.

How to Make a Spliff

Spliff rollin’ is going to be pretty much the same as a standard cannabis joint but you’re going to mix in tobacco as well. It’s easier to lay the tobacco and cannabis in separate passes vs trying to pre-mix them because you don’t want a bunch of tobacco in your weed grinder.

How to Roll a Blunt

Biggest baddest for last, here we have a tutorial for rolling a most classic Backwoods blunt. You can use any tobacco leaf, White Owl, Phillies, Dutch Masters, Swisher Sweets, whatever it is that’s in a flavor you like and is cheap.

These are just some of the more common ways of rolling up cannabis. There are all kinds of variations using different rolling materials (rice paper, hemp paper, gold leaf) as well as different blends you can put inside (100% cannabis, tobacco blends, bubble hash and/or kief blends, even herbal (non-psychoactive) blends) but the ultimate goal will always remain the same; having a good time with some good bud and as long as you arrive at that destination it doesn’t matter how long it took or how janky your stick is, just roll with it and enjoy! 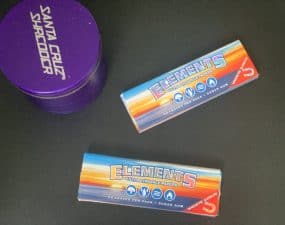 Why Elements Rolling Papers Are The Best Choice For Flavor Chasers

Joints are by far our favorite way to enjoy cannabis. For an analogy any non-smokers might relate too, they are …