Are you a long-time pot smoker? Does it seem like achieving the great high that you used to experience is a thing of the past? Thinking that those days of “Dude, I can’t feel my face!” highs are over? Well, think again, because moon rocks may be the perfect solution to the “high-no-more” problem that you’ve been having.

What are moon rocks? How and why were they originated? How are they made? If you’re interest about moon rocks are piqued, keep on reading to discover one of the greatest pot inventions of all time – including how you can get your hands on some!

What are moon rocks?

Put simply, moon rocks are nuggets of cannabis flowers that are dipped in cannabis extracts and then rolled in the super-potent cannabis powder known as kief. In other words, they have a super-high THC content, which averages about 50 percent. As such, these magical nugs are adored, highly valued, and largely desired by avid pot smokers.

These top-shelf nuggets are usually one of the priciest options you’ll find over at your local dispensary; hence why they’ve also been dubbed “cannabis caviar”. It’s important to note, however, that while smokers of moon rocks do refer to moon rocks as “cannabis caviar”, the moniker is also used to describe nugs that have been dipped in weed extracts, but aren’t rolled in kief.

With that said, if you’re shopping for moon rocks and you hear the budtender at your dispensary mention the term word “caviar” or you see products labeled with the name, make sure to confirm that they’re actually covered with kief.

So, how did they get the name? Well, not only do they kind of look like they came from the surface of the moon, but more notably, because smoking them creates an out-of-this-world euphoria, which is expected; after all, they are high-grade nugs that have been dipped in potent cannabis extracts, which are then rolled in even more potent kief.

How did moon rocks come about?

While nobody really knows the true moon rock origin story, rumor has it that they came to be at the Starbuds 760 dispensary in the 1990s, where someone had the ingenious idea of rolling buds extracts and then dipping them in kief.

Whatever the true story of their creation, what is known is that first came onto the scene and were popularized by the former executive VP turned weed mogul Ricardo E. Brown (aka: Kurupt) and Daniel Laughlin (a music artist known as Dr. Zodiak).

The original moon rocks were called Dr. Zodiak’s Moonrock, which won the illustrious High Times Cannabis Cup awards. Kurupt trademarked his own rendition, too, which he dubbed “Kurupt Moonrock”.

How potent are moon rocks?

While the potency varies from batch to batch and depends on several factors, including the buds, hash oil, and kief that are used, and who and where they were made, generally speaking, moon rock potency is about 50 percent.

Take a hit of moon rocks and the first thing you’ll notice is the rich terpene flavor of the kief, which is really quite pleasing and will leave you smacking your lips. The clouds of smoke are big, billowy, unique, and look super cool. The flavor and smoke aren’t the only notable moon rock features. The main attraction is the high.

Seriously, we aren’t kidding when we say that the high will knock your socks off. First, it hits your head, and then it rolls down to your face, and spreads across your whole body, right down to the tips of your toes. In no time, you’ll be in a state of complete euphoria; but, we have to point out that proceeding with caution is highly recommended.

Why? Because at the start, you may feel amazing and may be tempted to keep toking – if for nothing more than to continue experiencing the delightful taste; however, in about a half-hour, you may soon find that you’re tweaking out. Plus, the effects last a looong time. A lot of people say that they’re still feeling the effects more than 12 hours later. Yeah, we’re talking edible levels of duration here, which is hard to match.

If you’re a veteran of dabbing and rip fat hot dabs on the regular then you will be less destroyed by a moon rock vs someone who has spent their whole life smoking plain old flower.

What are the benefits and disadvantages of moon rocks?

What are the pros and cons of moon rocks? Here’s a brief look at some of the advantages and disadvantages of cannabis nugs that have been sprayed or dipped with cannabis extracts and then coated with kief cannabis powder.

If you’re new to moon rocks, in order to ensure that your experience is as enjoyable as possible. It should be noted that the use of moon rocks is strongly recommended for experienced pot consumers, as they are extremely potent and pack a super powerful punch. With that said, here are some tips that you can use to prepare your moon rocks for smoking.

As has been mentioned numerous times, moon rocks are extremely potent; like high-grade bud on steroids. Therefore, smoking them is recommended for experienced smokers who have a decent tolerance and know how to handle themselves when they end up getting super-high, as novice smokers are at an increased risk of getting too high and bugging out. That said, in order to ensure that you have the best experience possible, here are some safety tips to keep in mind before you spark up your moon buds.

Where to get moon rocks

Moon rocks are, without a doubt, one of the most potent forms of cannabis around. They deliver a great taste and an incredible high. With the tips provided above, you can ensure that your experience is a positive one. 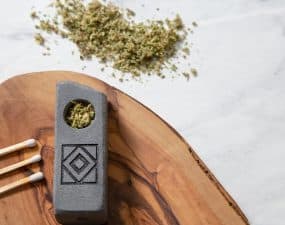 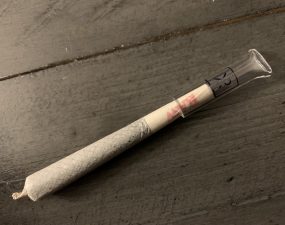 Herb CEO recently took a trip to Denver Colorado as a side-stop on a family related trip to Wyoming. Being … 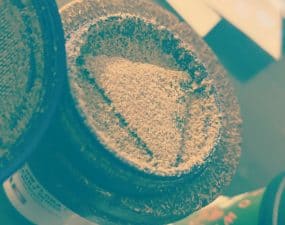 Learn the lovely properties of kief and how it can rock your world!

Have you ever wondered what the small, sticky, crystal-like pieces that speckle marijuana flowers are called? It’s referred to as …