When you were a kid, did you ever ask a buddy who was chewing a piece of gum if you could have a piece, and they’d respond with “Only if you like ABC gum”? Of course, you declined (or depending on how close you were with that friend or how much you didn’t GAF (give a “insert expletive”), because ABC stood for “already been chewed”. Well, in the world of cannabis, ABV is kind of like the ABC of chewing gum, except for ABV stands for weed that has “already been vaped”.

Table of Contents hide
What is ABV Weed, Anyway?
Reasons to Collect & Save Your ABV
Innovative Ways to Use ABV
AVB Edibles
AVB Capsules
ABV Beverages
Herb CEO Summary
What is ABV in cannabis?
How strong is ABV?
What is ABV in edibles?
Can you eat ABV cannabis?

Perhaps you’ve heard the term in your cipher before, or maybe you just want to brush up on your weed lingo; whatever the case may be, if you’re curious about ABV weed, keep on reading for a brief overview, including a more detailed explanation of what it is, as well as an overview of what you can do with it.

If you’re a freak who instead used AVB then this guide is also for you, since AVB stands for “already vaped bud” and means the exact same thing as ABV. Yay acronyms!

What is ABV Weed, Anyway?

Unlike cannabis that has been smoked, the buds or flowers that are vaped don’t burn off and turn into ash. Though it’s true that a lot of the cannabinoid content is lost, you can still gain something from all of that heating that it has already been exposed to.

When cannabis is vaped, it turns into brittle piles of crumbling brown bits of the leftover plant material. This is fully decarboxylated cannabis that has been “activated” so that it can now be used in a myriad of different products.

What does that mean? Well, it means that there’s some weed left! Combine that stuff with the right tools, equipment, and techniques, and you’ll be delighted to know that you’ll have an unexpected stash of ganja that has a mild potency that can be used for neat and unique purposes.

When we say that there are dozens of things that you can do with ABV, we really aren’t kidding! Keep on reading to find out some of the cool things that you can do with your already been vaped bud, and at the end of your next vaping sesh, don’t toss the stuff that’s left behind in your vape; gather the plant residue and reserve it for one of the following awesome uses.

Reasons to Collect & Save Your ABV

So wait, why should you collect ABV weed? Why not just get rid of it and start with fresh new bud each and every time you have a vaping session? There are actually three main reasons why you should totally save your ABV:

Innovative Ways to Use ABV

We know we’ve said it before, and we’re totally going to say it again, but already been vaped weed can be used in so many unique, innovative, and totally cool ways. Honestly, the only limit is your imagination!

Let’s take a look at some of really cool suggestions for ways that you can use the weed that you’ve saved after your next vaping sessions.

One of the best ways to use your already been vaped ganja is by turning it into tasty edibles! Brownies, cakes, gummies, lollipops and hard candies; there are so many different types of edibles that you can make with your already used marijuana!

Of course, in order to turn your ABV into edibles, the first thing you’re going to want to do is turn the brown, crispy buds into cannabutter or cannabis oil. While there are lots of ways that you can make cannabis oil, the following recipe is one of the easiest to follow:

Once it’s set, use your AVB butter or oil to make cookies, brownies, cakes, breads, candies, chocolates, waffles, pancakes; seriously, the sky is the limit!

If you don’t know your way around the kitchen or you just want to stow some weed in your bag that you can easily grab and take when you’re on-the-go, AVB capsules are a great choice! To make them yourself, you just need to purchase gelatin capsules, fill them up with your ABV bud, and voila! – you’ve got easy-to-swallow capsules!

How about ABV coffee or tea? This is a super easy way to repurpose your ABV buds. Simply place a few teaspoons into your morning cup of coffee or your evening cup of tea (or whatever time of the day). Mix in some warmed plant-based milk or cream and a natural sweetener to maximize the flavor profile of your beverage.

ABV is one of the most slept on cannabis types in the industry due to what we can only assume is a lack fo knowledge regarding decarboxylation and a lack of interest in making the most of every part of the plant, even the already been vaped flower.

Speaking from personal experience, one of the most intense highs of my life was the first time I made weed brownies with about a years worth of PAX vaporizer ABV. I PAX hot so didn’t assume there would be too many active cannabinoids left and boy was I wrong.

This is just to say that ABV still has enormous potential for cannabis enthusiasts, particularly when it comes to cooking or baking up edibles.

What is ABV in cannabis?

ABV is simply cannabis plant material that has “already been vaped”, which simply means it’s been decarboxylated.

How strong is ABV?

There is still THC and other cannabinoids in ABV but it is not as strong as fresh un-vaped plant material. It is also strong enough to make edibles with.

What is ABV in edibles?

Can you eat ABV cannabis?

You can but it’s not very tasty. As such you’d be better off infusing it into oil or butter and ingesting it that was as it’s much more enjoyable. 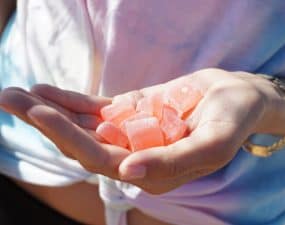 Why Don’t Edibles Get Me High?

There’s no shortage of compelling reasons to enjoy your marijuana in the form of cannabis-infused edibles, rather than smoking or … 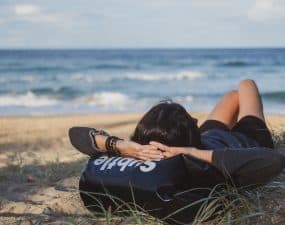 Are Edibles Less Effective On a Full Stomach & Why?

Edibles offer plenty of advantages over smoking weed.  Consumers who are concerned about their lung health, who want to achieve … 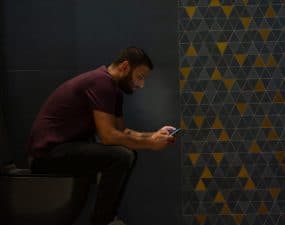 So, My Friend Wants to Know, Do Edibles Make You Poop?

Do edibles make you poop? Countless people are asking this question, both on the internet and in their personal circles. …