The most potent part of the cannabis plant, rosin is often referred to as the plant’s “liquid gold”. It possesses incredible medicinal benefits and elicits powerful psychoactive effects. Dabbing, vaping, sprinkling on top of a bowl, rolled into a joint, or made into edibles.

There are a variety of ways that cannabis resin can be consumed. It can be purchased at dispensaries; however, it can get pretty pricy. Fortunately, you can make it yourself! How? With a rosin press! This tool extracts the “liquid gold” from the plant using heat.

Whether for your own personal use or to sell via your cannabusiness, if you’re interested in making your own rosin, you’ll need to get a rosin press, and when you’re researching different models, the first thing you’ll find is that there are two different options: high temp and low temp rosin presses. What’s the difference between the two? Why should you consider low temp over high temp? To find the answers to these questions and more, keep on reading!

Resin is a byproduct of marijuana. It’s found on the dense buds of the plant, and it’s considered the plant’s most valuable part, as it holds together trichomes, which are small, hair-like pieces that generate the terpenes, cannabinoids, and even the flavors; all the stuff that is responsible for providing the plant with the psychoactive and medicinal effects that it has been hailed for, for thousands of years. Rosin is so potent and valuable that it is considered by many the “liquid gold” of the cannabis plant.

This highly sought after cannabis nectar comes in various forms, from hard dried shatter to soft gunky wax to even non-refined hard-packed hash.

In order to create rosin, it has to be extracted from the buds of the cannabis plant. The rosin press is one of the most effective and cleanest methods of extraction.

What is a Rosin Press?

Also referred to as a wax press, a rosin press is a tool that, as the name suggests, is used to extract the “liquid gold” from marijuana buds. The tool features two plates that are used to press and apply pressure to the flowers. Pressure can be low and applied by hand or it can be high and created by pneumatic pressure.

A rosin press produces solventless extracts. While there are other methods that can be used to extract rosin, these methods require solvents, they’re complicated, messy, and impede the quality of the rosin, as they contain chemicals can combine with the “liquid gold”.

Rosin presses are pretty simplistic. They’re comprised of pressure (also called smash) plates, which heat up and place firm, even pressure to the cannabis buds. A range of temperatures can be used to press rosin, and the temperature used will yield different types of resins.

The ideal temperature range is between 140 and 220 degrees F although some go as low as 120 but the sweet spot seems to be between 150 and 190 on the higher end.

Pressing rosin at a low temperature refers to using extraction temperatures that fall at the lower end of the ideal temperature range of 140 to 220 degrees F for each kind of material that is being pressed. The following are considered low temps for different types of starting materials:

What are the Benefits of Pressing Rosin at Low Temperatures?

Many rosin extractors prefer to press their starting material at the lowest temps possible that will allow for the full rosin extraction to occur. Why is that? Well, because low temp rosin pressing provides a range of benefits, some of the most notable of which include:

Are there Downsides to Low Temp Rosin Pressing?

While the benefits of low temp rosin pressing are certainly fantastic, as with anything in life, there are some downsides to low temp pressing. One of the most notable disadvantages is that it requires a sacrifice of the total yield. T

hough the overall quality of the rosin may be better when it’s pressed at a low temperature, the yields produced may be a bit lower than the yields that high temperature pressing will produce.

While you can compensate for the lower yield by pressing the extracted material twice, as a second extraction may help to squeeze out the last bits of any remaining rosin, thereby increasing the yield. That said, however, pressing the rosin two times will usually produce a lower quality product.

What Are Some Rosin Presses That Have Low Temperatures?

Many of the newer high end electronically controlled presses will be able to press at very low temperatures. These brands include Pure Pressure, Rosinbomb, and Nugsmasher. There is one brand in particular that has made a name for itself specifically for low-temp pressing and that is none other than Low Temp Plates.

If you’re interested in giving low temp rosin pressing a go and you intend on producing large quantities, you want to make sure that you invest in high-quality rosin presses.

Low Temp Plates is one of the most trusted makers of rosin presses that you should totally consider checking out. Since 2015, this company has been providing a full range of high-quality equipment that’s outfitted with the most advanced technologies, and that yields outstanding results. Rosin plate kits, cage kits, freeze dryers, washing equipment, and even handy accessories, you’ll find everything you need at Low Temp Plates.

The core presses are the All-In-One V2 Press which unlike some other press vendors comes with pretty much everything you need to get going pressing your own rosin, the Starter Bundle even including micron bags, all you need to get started is your own cannabis!

If you’re a small business or just a mad dabber then Low Temp Plates has a Medusa V2 System that allows you to operate multiple linked-up presses, kind of like Medusa’s head of snakes, multiplying your power.

Dabbing is becoming mainstream faster than you can say CBD and we think that’s awesome. The world of craft boutique cannabis is already a mature one so there is plenty of dank flower out there waiting to have its juices loosened from their trichomy grip.

Consumers are demanding more than ever not just great highs but top notch flavors to go with them; a complete cannabis experience. Pressing at lower temperatures preserves these fantastic flavors and makes for an overall more complex final product, which we think is how all rosin should be. 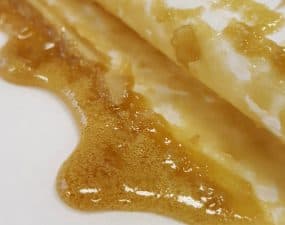 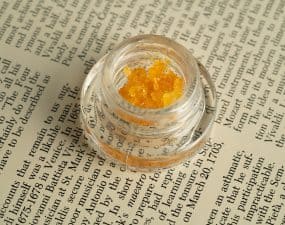 What is Cold Cure Rosin and How Does it Compare to Warm Cured Rosin?

When it comes curing rosin, there are two choices: cold cured or warm cured. The manner in which rosin is … 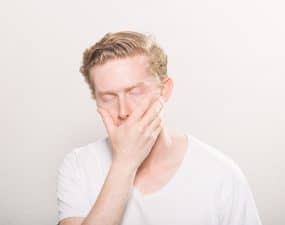 Shatter vs Wax: What’s The Difference?

There is no denying that cannabis extracts are at the frontier of the legal cannabis movement, evolving and re-inventing cannabis …